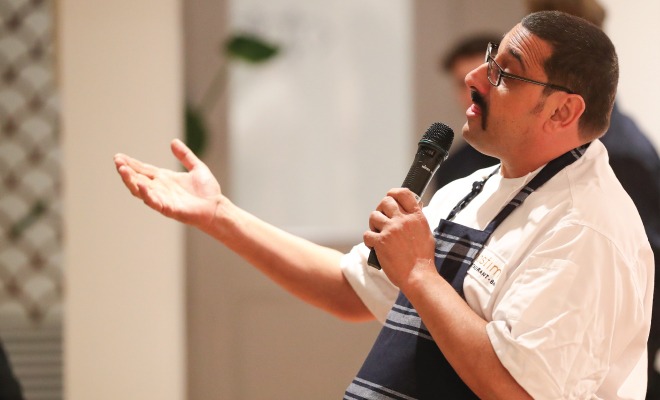 Meet Our Chef In Residence

Delicious news! Nostimo Restaurant Bar is delighted to introduce to you our chef in residence, the renowned David Tsirekas.

David joins Nostimo Restaurant Bar with a wealth of culinary expertise, in particular his role as group executive chef for Universal Hotels which has its famous flagship Greek restaurant, 1821, in Sydney. David was awarded his first Sydney Morning Herald Good Food Guide hat in 2001 for his work at Perama restaurant. Since then, David has received numerous hats and accolades celebrating his mouth-watering cuisine.

This unique role of Chef in Residence will see Chef Tsirekas create a refined, modern Greek offering, celebrating traditional Greek flavours with sophisticated execution in what is a completely new restaurant and food offering. Tsirekas will continue his practice of highlighting local and fresh ingredients by working with local farmers and suppliers, taking a similar approach that saw him lead 1821 to incredible acclaim.

He will split his time between Sydney and Brisbane, sharing his vision with the Nostimo culinary team, and diners, with visits every month. Nostimo Restaurant & Bar opens as part of The Greek Club’s $3million renovation and represents the spiritual home of the Greek community and Greek food in the city, making the dining experience truly authentic.

Brisbane will also be sharing Tsirekas’ flavours with Chicago, after he was approached to oversee the launch of two modern Greek restaurants in the US city after mega restaurateur Louie Alexakis heard about Australia’s Greek food, met Tsirekas and tasted his dishes.

One of Nostimo’s signature dishes under the culinary baton of Tsirekas will be Swordfish Kalamaki – skewers of barbecued swordfish marinated in olive oil, fresh ginger, lemon zest, shallots and tarragon, served on a bed of traditional fassolada, a traditional Greek soup make from black eye beans. It is a dish that represents the perfect marriage of flavours.

The Greek Club General Manager Andrew Tambakis said David’s acceptance of the unique position was a watershed moment for the brand-new restaurant.

“We are very excited and humbled to welcome David to our team. As Executive Chef of 1821 in Sydney, David continues to impress with high quality, innovative dishes that always deliver on flavour, yet remain so authentic and true to Greek flavours,” said Mr Tambakis.

“It is his commitment to celebrating local produce and his experience in understanding the history of Greek cuisine, together with his vision for shaking up Brisbane’s Hellenic dining culinary scene that makes him such a wonderful leader for Nostimo Bar Restaurant,” he said. “He is working hand in glove with his Head Chef  and the kitchen team on opening menus, signature dishes and dining experiences and will be resident at Nostimo every month.”

Located in the heart of Brisbane’s rich and vibrant Greek community in West End, Nostimo Bar & Restaurant is a stunning modern interpretation of a traditional Greek dining experience. It will seat 75 diners in the restaurant and 85 on its terrace which overlooks the Brisbane city skyline. The restaurant features white rendered walls, over 15,000 cascading worry beads, thatched ceilings and terrazzo finishes – celebrating the look and feel of the Greek Islands.

Nostimo is now open for lunch Monday to Sunday, dinner Monday to Saturday and be available for exclusive bookings. 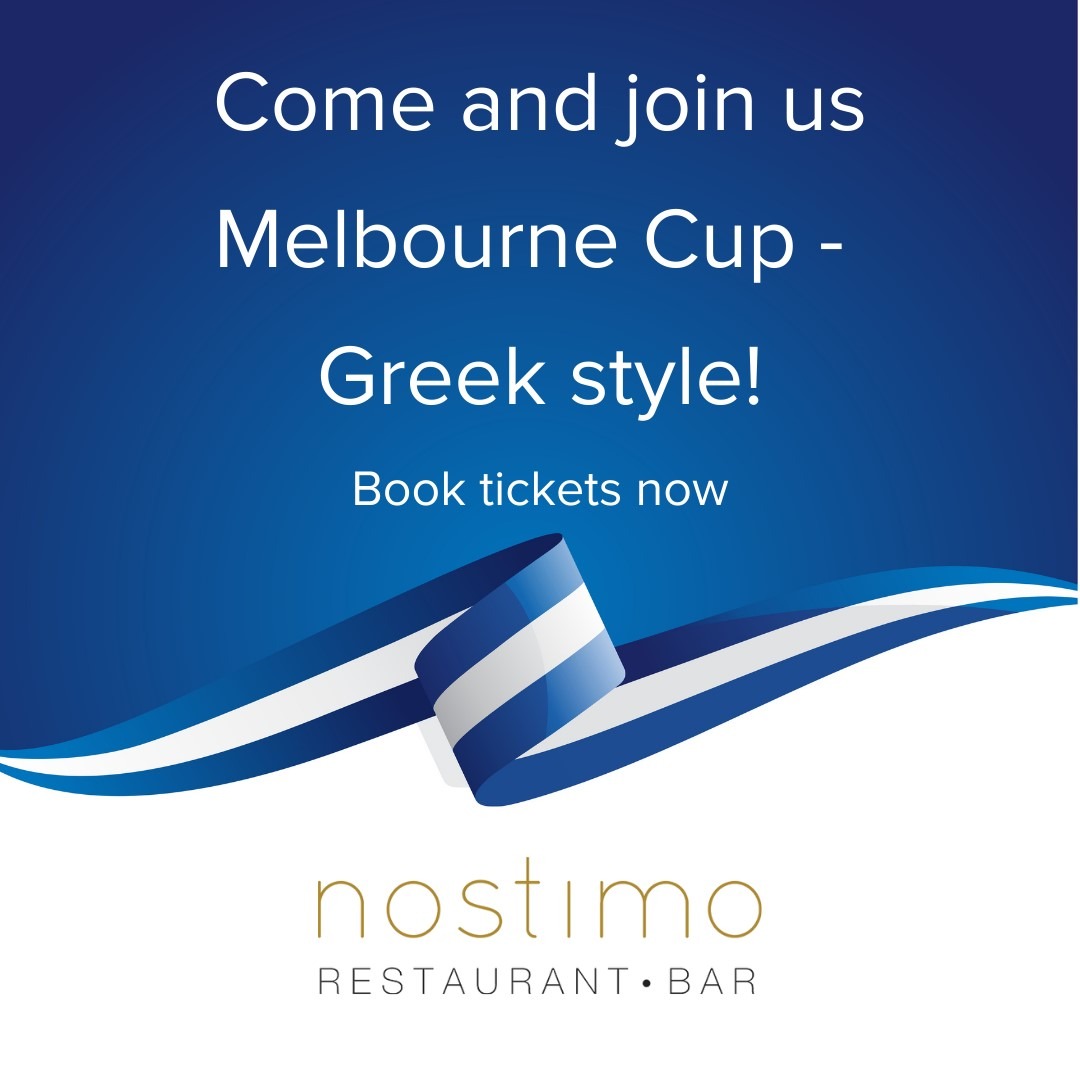 Unbeatable 😍 For your next event choose alfre

For many couples, their dream day involves standin